The Best Beaches in Hawaii

Hawaii's Best Beaches : Discover the top beaches in Hawaii
Hawaii has some of the best beaches in the world, some accessible only by helicopter or landing watercraft, some built around the high drama of intense waves crashing against razor-sharp lava rocks, and some that literally disappear under the high winter surf on the north shores of the islands. But which beaches are best for a day at the beach? In selecting these beaches as Hawaii's best, we had plenty to choose from—all of the state's beaches are public 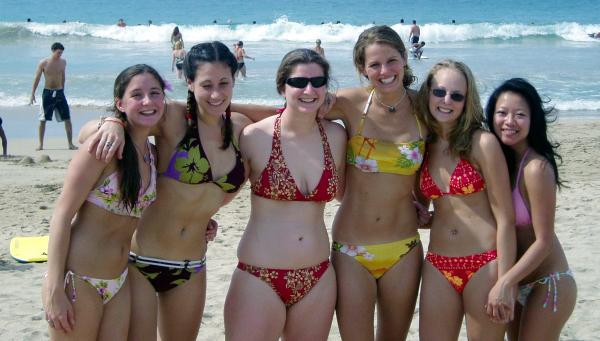 Lanikai Beach, Oahu
Lanikai beach is one of Hawaii's most picturesque beaches with a mile of golden sand as soft as powdered sugar bordering translucent turquoise water and excellent swimming year-round thanks to an offshore reef that keeps the water calm. The beach is ideal for small children and those who dont like to contend with waves. The waters are calm year-round and excellent for swimming, snorkeling, and kayaking. Lanikai is nestled in a corner of Kailua town, hemmed in by hills, and the exclusive residential neighborhood built around the ocean adds to the beachs charm. Lanikai is also considered by many locals to be the best swimming beach in Hawaii, Lanikai’s clear waters, clean, wide beach, and swaying coconut palms also make it a photographer’s dream. With the twin Mokulua Islands in the distance, Lanikai Beach truly lives up to its translated name of “heavenly sea.”

Hapuna Beach State Park, Big Island
This half-mile-long crescent regularly wins kudos in the world's top travel magazines as the most beautiful beach in Hawaii -- some consider it one of the most beautiful beaches in the world. Perfect cream-colored sand slopes down to crystal-clear waters that are great for swimming, snorkeling, and bodysurfing in summer; come winter, waves thunder in like stampeding horses. The facilities for picnicking and camping are top-notch, and there's plenty of parking. Swimming and boogie boarding conditions are excellent. Abundant fish and coral make for superb snorkeling and the wide beach is just right for frolicking and sunbathing.

Kapalua Bay Beach, Maui
Golden sand, swaying palms, calm waters. What more can you ask for? It’s just another day in paradise on this West Maui pocket beach. Situated between two lava points and bordered by a coconut tree grove, Kapalua is known for its tranquil surf, ideal for the less-than-adventurous swimmer and families with small children. Its calm waters are perfect for snorkeling, swimming, and kayaking. Facilities include showers, restrooms, and lifeguards.

Papohaku Beach, Molokai
These gold sands stretch on for some 3 miles (it's one of Hawaii's longest beaches) and are about as wide as a football field. Offshore the ocean churns mightily in winter, but the waves die down in summer, making the calm waters inviting for swimming. It's also great for picnicking, walking, and watching sunsets. Located on the west end of Molokai, which itself is between Oahu and Maui, Papohaku Beach also offers swimming, snorkeling, bodysurfing, body boarding, and surfing. This is the beach where you leave your troubles behind and get away from the world. On this remote beach on this remote island, the only footprints in the sand may be your own.

Kaanapali - Black Rock Beach, Maui
For some reason, this beach has many different names (among them Keka‘a Beach, Canoe Beach, Dig Me Beach). Whatever you call it, Kaanapali Beach in West Maui is a watersport lover’s paradise. Virtually every type of ocean recreation is available. Snorkeling and scuba diving are outstanding. The Black Rock is a large lava rock that divides the beach. This is a busy, popular beach that fronts two resorts. What you give up in solitude you gain in big time fun—shopping, restaurants, boat tours, fishing, kayaking, sailing, sunbathing, people-watching, and more.

Haena Beach - Kauai
Backed by verdant cliffs, this curvaceous North Shore beach has starred as Paradise in many a movie. It's easy to see why Hollywood loves Haena Beach, with its grainy golden sand and translucent turquoise waters. Summer months bring calm waters for swimming and snorkeling; winter brings mighty waves for surfers. There are plenty of facilities on hand, including picnic tables, restrooms, and showers.

Hanauma Bay, Oahu
Pretty and popular, Hanauma Bay is a victim of its own success. Formed thousands of years ago by the flooding of a volcanic crater, this nearly circular bay is home to an amazingly diverse and abundant population of fish life. Hanauma Bay is one of the best and most popular snorkeling and swimming areas in the world. However, excessive swimming, snorkeling and scuba diving have threatened the bay’s marine residents. The area’s designation as a marine life conservation district in 1967 wasn’t enough protection, so in 1990 strict visitor limits were initiated. Hanauma Bay is another of Hawaii’s most beautiful bays, but to enjoy its treasures you’ll have to plan ahead and arrive early for a visit.

Ke'e Beach Park, Kauai
Incredible sunsets are synonymous with Ke‘e Beach Park. Located literally at the end of the road on Kauai’s North Shore between the dramatic Na Pali Coast and Limahuli Stream, the reef lagoon at Ke‘e Beach is a favorite snorkeling site. The water is clear and there are tons of colorful reef fish and turtles. Ke‘e Beach has a very tropical look with a backshore lushly vegetated by ironwood trees, coconut palms, ti, and guava.

Hulopoe Beach, Lanai
Formerly known as the “Pineapple Island,” where for decades the fruit was grown by the Dole Company, Lanai is now a remote and secluded vacation destination. Hulopoe Beach Park is an exquisite pocket beach at the head of Hulopoe Bay. The shoreline is quite steep, making it fine for swimming. Hulopoe has some of the best snorkeling in all of Hawaii due to the rich variety of colorful fish and stunningly clear water. The waters of Hulopoe Bay are part of the marine life conservation district, so fishing is limited to hook and line from the shore. For romance and intimacy, you won’t find a better beach than Hulopoe. Offshore you'll find good swimming, snorkeling, and diving; onshore there's a full complement of beach facilities, from restrooms to camping areas.

Poipu Beach, Kauai
The most popular beach on Kauai’s south shore, Poipu Beach is ideal for families. A small boulder breakwater creates a protected pool-like area where children and parents can play and snorkel. Outside the swimming area, the ocean bottom slopes gently to overhead depths. The south shore’s bays create year-round ideal wave conditions for body boarders and surfers. The beach is a pretty curve of white sand about 1,000 feet long and 50 feet wide, with plenty of room for sandcastle building or strolling. Sunbathers are occasionally joined by endangered monk seals that come up for a snooze on the shore.