Australia Attractions, Places to Visit & Things to Do

Australia is an exciting place to visit. The sheer diversity of the country makes it one of the best places to visit, as there will be something which suits everyone. To visit all that Australia has to offer it will take you months of traveling. 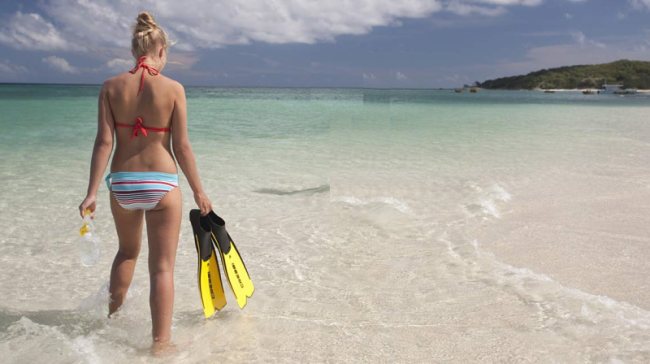 Australia is a vast country with a large number of places worth seeing. These range from world class cities with sights and activities for everyone, to national parks and beaches among the most beautiful in the world.

Australia has something for just about everyone. From simple holidays to culture filled excitement, there are all sorts of options to enjoy. Here are some of the must see places in Australia that you can consider for your next holiday.
Sydney
Sydney is Australia’s top travel destination for visitors. The Sydney Opera House was completed in the 1960's. The unique design for the facility, coupled with the excellent acoustics, make this cultural icon a must see stop that even persons who are not interested in opera will enjoy.
Sydney Harbour Bridge : If you a feeling daring you can walk across the top of this steel coat hanger like structure.
Bondi Beach One of Australia's most famous beaches.
Luna Park Sydney's famed theme park
Great Barrier Reefs
Close to the north Queensland coast and extending for some 2000 kilometres lies another of the many Australian attractions: the Great Barrier Reef and its many coral beach islands, With its picturesque sights of coral reefs with wide range of water sports such as sailing, surfing, rafting and scuba diving, Great Barrier Reef is one of the best places for the adventure seeking, nature loving traveller. It has around 2900 individual reefs and 71 coral islands which are habitats for rare species of fishes, corals, birds and many more. The Great Barrier Reef can be seen from outer space and is the world's biggest single structure made by living organisms.
Ayers Rock - Uluru
Right in the heart of the continent, for instance, lies Australia's iconic rock monolith, Uluru, once better known as Ayers Rock, with its shifting colors as the day progresses. It is one of the Outback’s Australian attractions.
Uluru-Tjuta National Park is an area that functions as both a wildlife preserve and a national park. Along with the Ayers Rock, the part also encompasses such sites as Alice Springs and the Olgas.
Blue Mountains
Blue Mountains are ideal for the tourist who is looking for a quiet and relaxing places in the hills. It's a calm or tranquil and a peaceful place which is only few hours drive from Sydney. It has some of the eye catching beautiful valleys, eucalyptus plantations, and extraordinary hinterlands that have been popular among inspiring artists, sculptors and photographers coming from various parts of the world. The most popular places frequently visited here are Jenolan Caves, Bilpin, Lithgow, Katooomba and Leura.
Fraser Island
The Fraser Island is located on the Eastern Coast of Queensland and it is one of the biggest sand islands in the world. The key feature of Fraser Island is that it has a splendid landscape consisting of beautiful white sand beaches, dunes, gorges and cliffs. The most popular tourist attractions here are the Cathedrals which are sand dunes in the shape of cathedrals with wide variety of colors ranging from hues of reds to oranges to yellows to browns. Then the so called Pinnacles which are also set of sculptured sand dunes that has attracted many visitors as they are also consist of various colors. One should not miss visiting Eli creek in Fraser Island, which has a freshwater stream, and he can have a swim or a dip in the lower areas of the creek.
Kakadu National Park
Kakadu National Park has been declared as a world heritage site. The traveller who is looking to explore the Aboriginal culture, the ideal place to visit is the Kakadu national Park. The major attractions here are: boating, bushwalking, fishing and lot of information on the Aboriginal traditions. Never miss visiting, the Aboriginal art gallery at Nanguluwur.

Kangaroo Island
The Kangaroo Island boasts of wild life adventure. This island is the habitat for Australia's famous kangaroos, echidnas, koalas, dolphins, wallabies, and many more animals. If you take a walk down the coast you will come across marine mammals and the fur seals. The major attractions at the Kangaroo Island are the Flinder's Chase National Park and Seal Bay which houses unimaginable 6000 species of seals. You can also have a sailing expedition on the clear waters of Kangaroo Island.
Purnululu National Park (Bungle Bungle)
The Purnululu National Park consist of vast areas of land. The most attractive place in Purnululu is the Bungle Bungle range which gives an extraordinary view with its cliffs, towers and beehive structures. The sandstone cliffs depicts beehive shapes that have varying colors of orange and black around the day showing a spectacular sight.
Gold Coast
If you want the perfect blend of man made and natural attractions the Gold Coast is for you. Sun, surf and sand are surrounded by theme parks and facilities galore. The region is known for holding the Lexmark Indy 300 and many surfing events.
Tasmania
Tasmania offers breathtaking scenery, hiking and camping. Just off the coast, the main land you can reach Tasmania by car ferry or by short flight. Hobart is a stunning town on the Derwent river and features colonial architecture.
Among the Australian attractions in the Australian Capital Territory are the Australian Parliament House, the National Gallery of Australia, the National Museum of Australia, the Australian War Memorial.
From Victoria to Tasmania
In Victoria there’s the charm of Melbourne itself, the Melbourne Museum, the Great Ocean Road and the Twelve Apostles, Phillip Island for all those fairy penguins coming home from the sea at dusk
In South Australia, major Australian attractions include the Adelaide Hills, the Barossa Valley wine country, Kangaroo Island, Fleurieu Peninsula, and the stark desert landscape of Coober Pedy where half the people live underground.
Western Australia has Perth, Fremantle, Rottnest Island with its quokkas, Monkey Mia where you have close encounters with dolphins, and Ningaloo Reef where you can swim with the sharks. Or go the Kimberleys and visit the color-striped rock towers of the Bungle Bungles.
In Tasmania visit the bloodied convict settlement at Port Arthur, trek to the wilderness areas of Cradle Mountain, Lake St Clair and Freycinet. Don't overlook the charms of the cities of Hobart and Launceston.

For the discerning traveller, The adventurous traveller can take a drive from Melbourne located in south of the country to Cooktown located far north. The most daring traveller has many choices; he can take a trip from the Pacific ocean to the Indian Ocean; or from the beautiful, cooler rainforest in the north of the country to the warmer beaches located in the southern coast. For the traveler searching for peace and freedom from tension, there are many splendid, picturesque rugged mountain terrain and green meadows in Tasmania.
The advantage of exploring Australia by motor vehicle is that the discerning traveler not only has the opportunity to visit remote areas but also venture into tropical rainforest and inland deserts. Similarly, he or she has the flexibility to visit many large cities or habitats with diverse cultures and tiny remote settlements in the countryside. The whole of Australia has wide network of roads that composed of well laid bitumen highways as well as rugged bush tracks. So the entire Australia is navigable by motorcar, of course some may require four wheel drive vehicles or off-road motorcycles.
Besides above, Australia is one of the best among the best holiday destinations that offers sunny beaches, diverse art and cultural, well preserved Aboriginal art and customs and rare fauna and flora. It has plenty of exciting experiences in its repertoire to offer to every holiday maker or tourist. Despite Australia has abundance of exciting places for any tourist to visit, we have selected a few:
In addition to tours, activities and experiences there are also the stunning beaches where you can relax or enjoy the numerous water activities. There really is so much to see and do in Australia.
Australian Fishing and Boating
Australia offers fantastic fishing across the country plus many beautiful beaches and rivers as well as the stunning Sydney Harbour, all of which are great for a day out boating or fishing.
Deep sea fishing
The warm Australian waters are home to some of the largest aquatic fish and mammals on our planet, Deep sea fishing trips are readily available throughout the year all around the Australian coast, and the boat captains are some of the best in the world, navigating treacherous waters to help the fisherman find that perfect catch
Australia Attractions by Region
Australian Capital Territory, New South Wales, Northern Territory, Queensland, South Australia, Tasmania, Victoria, Western Australia
Australia
Tourism Australia
Australia
Great Barrier Reef
Posted by Places to Visit at 7:15 AM

You can come and visit anytime because the sub-tropical climate of the Gold Coast allows you to enjoy its outdoor activities all year round.