Mexico has over five thousand miles of beaches, which along with its tropical climate attract the majority of vacationers to this enchanting country. Although many seaside resorts are popular, the leading vacation destinations are located along tor near the Riviera Maya on the Caribbean coast or the Mexican Riviera on the Pacific coast of Mexico. 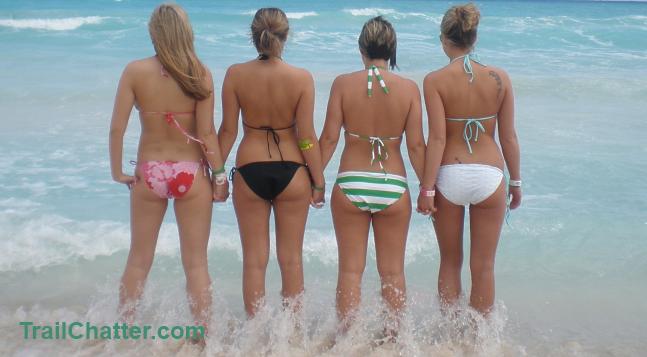 Planning your next trip to Mexico?
Be ready for more crowds, noise, bustle and poverty than you're accustomed to, Invest a little time before your trip in learning even just a few phrases of Spanish – every word you know will make your trip that little bit easier and more enjoyable.
From the tourist’s point of view, there are three Mexico’s that attract attention.
The most popular of these is the Yucatan peninsula, which encompasses the delightful area that has come to be known as the Riviera Maya by some and Caribbean Riviera by others. Including Cancun, Playa del Carmen, Tulum and other gorgeous beach towns and islands (such as Cozumel), the Riviera Maya is known for its majestic, white-sand beaches, warm sunny weather and Mayan ruins.
The second most popular area of Mexico is known as the Mexican Riviera, a delightful swath of beaches spanning over 2,000 miles of the Pacific coast between Ensenada and Acapulco. The distances separating the major resort areas are great and, as a result, the leading resort towns are not likely to be explored during in a single vacation.
In some ways the concept of the Mexican Riviera is marketing-speak coined by the Mexican government and eagerly adopted by cruise lines, since the best way to sample this beautiful and enchanting region is see it during a cruise. Although there are a number of great vacation spots for cruise itineraries, best places of attraction are Cabo San Lucas, the Puerto Vallarta area and the Ixtapa.
The third Mexico runs down the center of the country and includes Copper Canyon, Morelia and Mexico City. Although each location is attractive to many travelers, most visitors to Mexico will focus on the Caribbean or Pacific shores of this interesting country.
Mexico is an enchanting country, but one that is troubled by drug gangs and their battle with each other and the government. Independent travel in Mexico, outside of the established tourist zones, is not recommended at this time. However, there remain some great ways to explore the famous hospitality of Mexico.

Top Places to Visit in Mexico
Mexico City
Capital of the Republic, one of the three largest cities in the world, and a sophisticated urban hub with a 700-year history. With its exciting nightlife and fascinating things to do and see, Mexico City is an energetic metropolis and an incredible place to visit for both business and leisure travelers.
Mexico City should be on your "must visit" list if you are a fan of world-class museums, archeological treasures, international cuisine, incredible shopping experiences, stately mansions, colonial neighborhoods, dazzling nightlife, inviting plazas and beautiful city parks. The National Museum of Anthropology is one of the world's greatest museums and could easily fill a short Mexico City vacation by itself.
Acapulco
Acapulco is a world renowned synonym for relaxation and fun. The exotic mix of golden beaches, Sierra Madre Mountains, tropical jungles and lagoons, along with Mexican warmth, mysticism and tradition are perfectly combined for a very unique experience.
Cancun
Cancun is the ideal place to enjoy sun and beach, an extensive array of shopping opportunities and its renowned nightlife. Cancun also is the optimal starting point for you to explore coral reefs, jungles and archaeological sites of the old Mayan world.
Chichén Itzá, in Yucatan state, is the best preserved and most famous of the Mayan ruins in Mexico. It is considered one the greatest Mayan-Toltec centers in the Yucatan Peninsula and at only 90 miles from Cancun, it is a popular day trip.
Playa del Carmen
Playa del Carmen is a stunningly beautiful, vibrant part of the Mayan World located on the pristine Caribbean coast of Mexico. The capital of the Riviera Maya, Playa del Carmen has evolved from, originally a small village of Mayan pilgrims, into a lively, cosmopolitan city with the highest urban growth in the country.